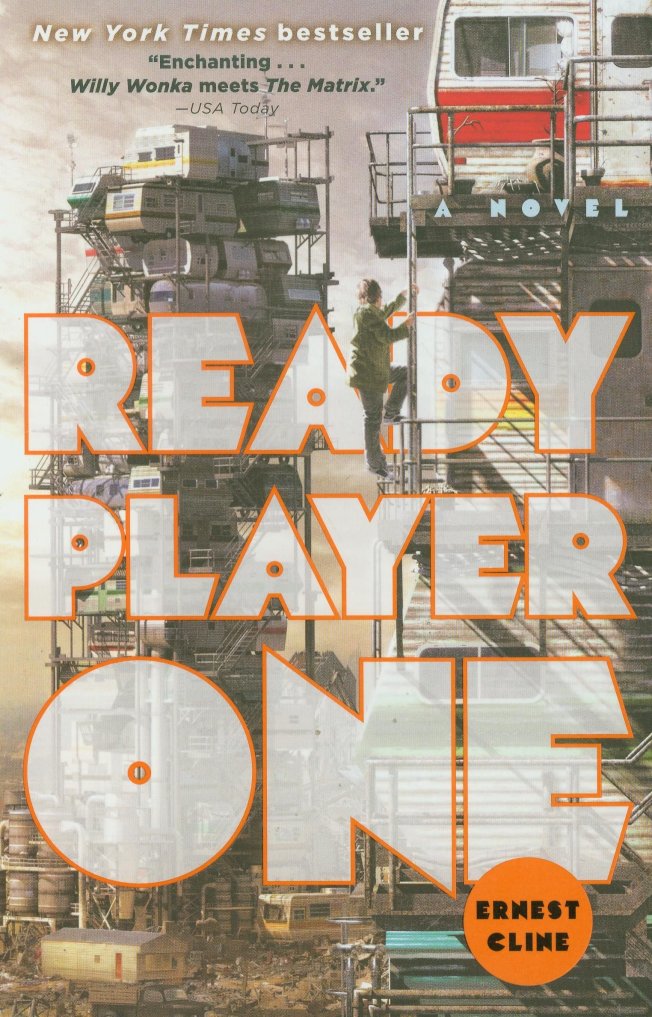 This novel is pure nostalgia in a lot of ways. While I didn’t grow up in the ’80’s, the movies, music, and television from that era are so pervasive in American society and pop culture. John Hughes movies are still shown on television as are TV shows like Family Ties and Square Pegs. Turn on any classic rock station and you can find Pat Benatar and Foreigner. I really enjoyed reliving many of the classics I grew up watching and finding out new ones. Ernest Cline knows the decade well.

I loved how the novel incorporated so many elements. It’s like playing a real video game at times in your head as the characters battle it out in the OASIS. The theme of the blurring of reality and fantasy was so well done. And is just as pervasive in our world. This is the reason many people read. To escape their own reality for a little while and enter someone else’s. And in the OASIS, that’s exactly what happens. Your world erases and you are allowed to build a new one. You can create a character to be anything you want. There are no limitations.

That is why, in Cline’s Ready Player One, the OASIS is so popular. The real world around them has crumbled and they’ve retreated into the comfort of the OASIS. Enter the main character Wade, better known as Parzival. He’s a self made gunter, a person hunting for Halliday’s famed Easter Egg and his fortune. Halliday was the creator of the OASIS and when he died he left behind him the greatest game he ever made, the hunt for the Egg and for his massive fortune.

During the journey for the Egg, Wade begins to realize that perhaps virtual reality is not all it’s cracked up to be. Nowhere is perfect. It may be easier to hide behind your avatar but rarely does the easy path lead to change.

Stay tuned for the next installment of the Pop Reading Challenge. Happy reading!